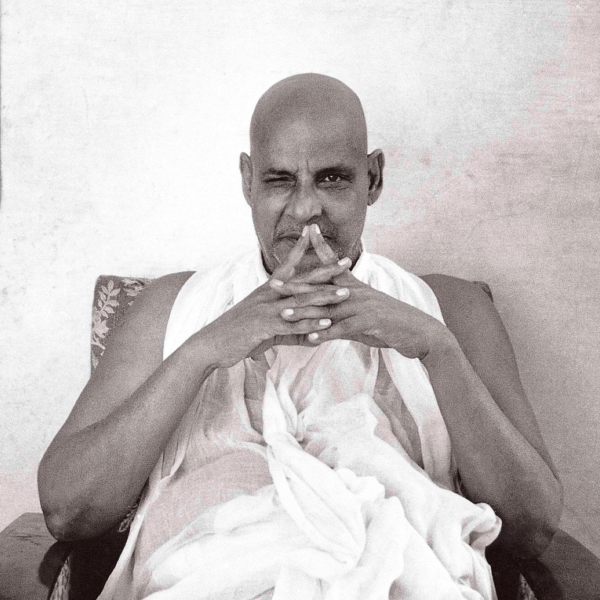 “If thine eye be single, thy whole body shall be full of light.”

Thoughts in Advaita
& Good and Evil

The Doctrine of Advaita Vedanta: The Non-dualist Teachings in the Upanishads

The above is an afﬁrmation that what exists before, during and after creation, is the same. The Advaitist — Non-dualist — believes that everything that exists and has ever existed, and will ever exist, is an ‘ocean’ of consciousness and that this ocean of inﬁnite intelligence is God. Only God exists eternally.

Advaita — the teaching that only God exists — is not apprehended  until one transcends the limitation of spatial visualisation. In esoteric terminology, to go “downwards”, (synonymous with “outwards”) does not mean a movement from one locality to another. Nor does “upwards,” (synonymous with “inwards”) refer to a movement from one place to another.

In these days of electronic communications and our use of numerous forms of radiation, we know that energies of different frequency may be in the same space simultaneously; but many still cannot visualise the coextensive-and-interpenetrating oneness of all existence.

The word “substance” as used herein refers to both matter and energy; that is, to both substance and radiation. Moreover, planes of life, regions of the universe and levels of consciousness are all synonymous. All these media are just different ways in which God is expressing Itself: as matter/substance and/or energy/radiation.

Only God exists. God is the inﬁnite ocean of consciousness: omnipresent, omnipotent and omniscient satchidananda. The ocean of consciousness — God — is the substance out of which the universe is made. The universe and everything in it consists of God,in inﬁnite varieties of energy and matter. Everything that exists is nama and rupa: Sound (vibration/energy), and Form (substance/matter). All the regions and planes of life in the universe, from the highest & ﬁnest to the lowest & grossest, including all the inhabitants thereof, are God expressing Itself as “two sides of the same coin:” interchangeable matter and energy, or, to put it another way, interchangeable substance and radiation. All are consciousness. Only God exists.

During a mahapralaya God withdraws into Itself. Everything in the universe, dissolves into one homogeneity, so that during a mahapralaya; that is, between mahakalpas, existence cannot be apparent. However, God, the substance out of which the universe comes and goes, exists eternally; before, during and after mahapralaya and mahakalpa: see the Vedic affirmation above.

When looking at the following (utterly inadequate and incomplete) attempt to illustrate a concept, bear in mind that every level of creation/plane of life/level of mind/quality of consciousness occupies the same place, although they are shown in the illustration as if spacially separate, like the storeys of a building. Creation proceeds outwards and downwards, as God expresses or emanates Itself as ever slower vibrational frequencies, until at last the material region of the universe condenses into form. Each level is pre-existent to and finer than, and supports, and lasts longer than, the level vibrationally below it. The lower the vibration to which God extends Itself, the more clouded the perception which God permits Itself, hence ignorance at outer levels of creation; hence the nescience which God imposes on God.

Highest, and Source of All Complete perfection.

Lower than above Still less clarity of perception & understanding

Even lower Ignorance resulting in sense of separate existence

Yet lower Ignorant sense of separateness resulting in insecurity

Remember, what is illustrated above are different levels, or qualities, of God, all Self-imposed; that is, God existing as those conditions, as willed by God.

God allows its constituent parts — atmans — free will. With reference to the diagram above, the lower a creature, the less it is aware of, and governed by, its own higher qualities, and the more dominant the effects of ignorance and insecurity on its nature and behaviour. It has limited perception, and little inclination to curb its lower nature.

Its fear and ignorance manifest as violence and unbridled self-gratification. When an evolving soul reaches the level of experiencing and expressing through a human constitution, it gains the ability calculatedly to indulge itself selfishly, and be, for example, a hedonist and/or sociopath and/or a cruel dominator of others, or just be Mr or Mrs Ordinary, and express a range of qualities and behaviours. Unevolved humans are egocentric and relatively unappreciative of fairness or the feelings of others. Fulfilment of their desires and ambitions comes first. Whatever does not suit them is “wrong;” whatever pleases them is “right.” To the lowest, violence is not about hatred: they resort to it to bring about what is, to them, a correction of what is frustrating them, of what is “wrong.” Selfishly, they suppress any uncomfortable thoughts to the contrary.

Love is Absolute. Hatred is relative: love distorted in ignorance.

Goodness is Absolute. Evil is relative: goodness distorted in ignorance.

From our limited viewpoint, we may speculate that God emanated itself to explore its own nature, which it could not do in its pre-manifest homogeneous state. Every atman, being a constituent point of divine intelligence & expression, contributes its experience to the experience of the whole. This concept calls into question the perfection of God, as it would suggest that God Itself is evolving by trial and error, and, like its constituent atmans, is but a unit of yet a greater deity.

Can we know? No, we cannot! Gautama the Buddha would not reply to questions arising out of ideas like these, saying that they were “unprofitable.” Gurudev Sri Swami Sivanandaji Maharaj also considered it idle foolishness to speculate about what cannot be known, when we should be applying ourselves to our sadhana. In the future, when our souls are ready, and we have transcended the restrictions of the mind, we will gain insights beyond our present imagining, but we are told that there is an eternal progression of the soul, and that there are mysteries hidden from the highest archangels, let alone incarnate masters.

So, doing the best we can in the here-and-now, we trust our masters, pray for intuitive discernment and discrimination, and continue to Serve, Love, Give, Purify and Meditate.