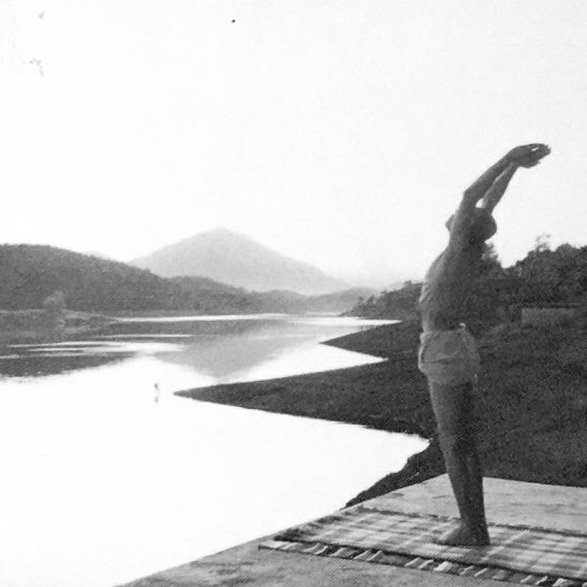 Death is the sloughing off of the physical body as the spirit emerges and regains its freedom from the trammels of the body. Conception, gestation and birth make us oblivious of our pre-incarnate state. Death is our return to the greater life; our incarnations being very brief descents, pre-planned with spiritual objectives. It is the spirit’s return, after a brief sojourn on earth, to the world of spirits: to a realm in which it cannot be harmed or injured, is free of disease or an ageing process; and where it enjoys the company of loved ones, such as friends and relatives.

What Does the Soul Experience at Death?

In the case of a gradual departure, the body becomes cold, with loss of sensation from the feet upwards, as its life-force withdraws. Then the departing soul might begin to see, clairvoyantly, spirits of those who have come to assist the process and guide it into the Spirit world, such as angels, or friends and relatives. Then the soul withdraws from the body.

Often, the seeming throes of a dying man are no such thing. He might already be projected from the body which, until his separation from it is complete, registers his struggle to free himself. Partially freed from matter, he perceives the beauty of the spirit state which he is about to re-enter. In such cases the sensations experienced at the moment of death delight the spirit, who recognises them as marking the end of his brief period of exile.

In cases of sudden or violent death, when the body has not been weakened by age or illness, the separation of the spirit from the body is either simultaneous with the destruction of the body, or the interval between trauma and death is very brief. Sometimes, shock and fear even cause the spirit to project a moment before the death of the body.

What does the Soul take with it?

Only itself — what it is: its qualities; what it has become — what it has, by the usefulness of its life, made of itself; and a remembrance of its recent life. He who has lived selfishly is overwhelmed with shame for his wrong-doings, aware that all is seen, and that in the spirit world nothing can be hidden. A righteous soul feels eased of a heavy load, and does not dread the most searching glance.

The more advanced a soul, the more clearly it perceives the futility of much that it valued while on earth.

The trials of life are intended to be borne bravely. He who shrinks from them negates the purpose for which he took birth, and will pay the price.

A man who commits suicide cuts short the pilgrimage and undertakings he planned prior to his descent into incarnation. But the lessons required for a soul’s progress cannot be evaded. As the soul has sown, so it must reap. Its destiny is inescapable, and anyone who commits suicide adds a fault to those committed previously, increasing his problems and distress.

Except as a noble sacrifice intended to save the lives of others, or as a result of  insanity (excluding self-incurred possession) suicide is nearly always a culpable mistake. Far from providing an escape, suicide will delay a man’s entrance into a better world. The sanctuary of the good cannot be opened by a fault. If we throw away a priceless opportunity for further spiritual evolution, there is a consequence which has to be faced sooner or later. It cannot be evaded. Expiation is proportional to the gravity of the fault, according to the circumstances under which it was committed.

In the case of accidental suicide, a person’s culpability or innocence depends on what decisions and actions led to their death.

We have personal responsibility. If we have chosen to do something unnatural or excessively indulgent, then we are not victims of consequences we chose to risk, or thought we might evade. A man who hastens his death by allowing himself to become an addict commits moral suicide. He is guilty of wanton, profligate self-indulgence, enslavement to his bestial nature, and disregard of divine will. If he takes his life, he compounds his problem, and deep shame and remorse await him. He has to come back to earth for the expiation of his sins.

A soul can hinder and delay its spiritual progress. But

THERE IS NO ETERNAL DAMNATION.

lnevitably there is sorrow when a loved one becomes (temporarily) invisible, intangible and  inaudible, because they have gone to another dimension. But death cannot separate those whom love has joined, and the one who is left behind will assuredly be reunited with the one who has gone ahead. A discarnate master has said:

“Of course there are times in the silence when tears are shed. But hold your head high, and know that the power of the spirit will never desert you. Help will always be forthcoming. Do not worry about anything. Worry blocks the channels by which help can come.

“I wish people in your world could become aware of what is around and about them, guarding them, guiding them, ensuring that no real harm will ever befall them. There is nothing in your world or mine that can part those whom love has united. Love, like life, is of the spirit, and the spirit cannot be destroyed.”

Beware of prolonged, contrived mourning. It is selfish, in that it distresses and holds back the ones for whom we mourn, when they should be delighting in their return to freedom. Can we mourn anyone’s liberation? The reality is that we mourn what we perceive as our loss. A mother might for many years bear the pain of the tragic loss of her child, but, nevertheless, she owes it to her dear departed, and others, not to let mourning become what defines her.

WE WILL ALL MEET AGAIN

Unfinished Business — “If only … “

Perhaps you are racked with guilt, because you had a dispute with, or were alienated from, a loved one who departed this earthly life without your becoming reconciled or making amends. Bear in mind that, after death, those in spirit see situations much more clearly, and with much more understanding, than we do. More often than not, about unresolved conflicts and loss of opportunities for apologies, they just don’t care, and are probably looking at you with compassionate understanding. To them, molehills are no longer mountains, and bygone conflicts, if they are remembered by the time you pass on, will be resolved with a smile and a hug. And then, only because you are worried.

A dead body no longer houses a soul. Don’t embalm it or bury it. Get rid of it.

Cemeteries are a waste of space, and bodies rapidly become toxic waste which pollutes the surrounding underground water. Rather than arrange a burial, have the body taken away and cremated, and all of the ashes thrown away without trace. Then have a memorial service at which the life of the departed soul is commemorated. Then get on with your life. For you, no superstitious clinging!

A body could be bequeathed to the medical profession which, after using its tissues, will incinerate the remains like any other medical waste. If the laws of your country permit, the body can be laid out as food for wild animals. Anyway, for you, no superstitious clinging.

However, if your family or community insists on following harmless cultural practices and traditions, do not offend them. Respect their wishes.

“This too shall pass.”

A Note re Enquirers’ Questions

What occurs at and after death is infinitely variable. It depends on the departed soul’s knowledge, awareness, and state of mind at any stage of the death process, and after passing. Spiritual growth is towards a maturity and attainment which have no equality with physical age. This we cannot assess. Therefore, rather than ask questions of the “How long is a piece of string” kind, please consider the above information and extrapolate as best you can. Concerning anyone who has passed on, “Your guess is probably as good as mine.”