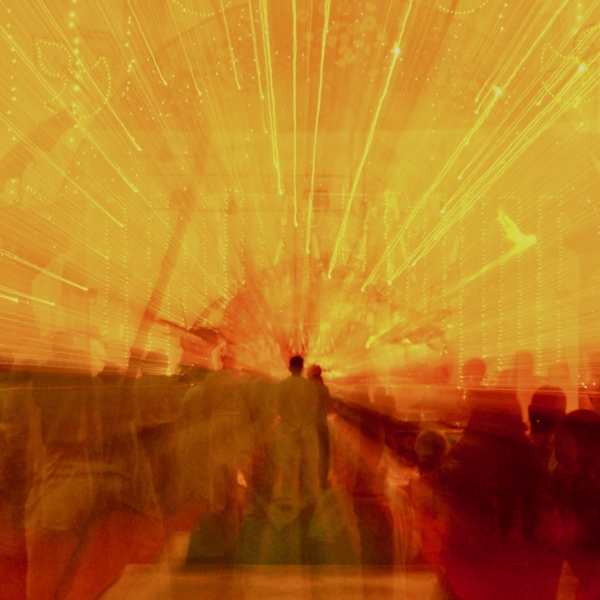 This statement is for advanced aspirants for its essential message is about a high state of enlightenment, essential for liberation from the cycle of reincarnation, and attained only by mystics. This state of consciousness, called God-realisation, is ignored in the religions which originated in the middle east, as their leaders are either ignorant of it or, even if they have a glimmering of understanding of the concept, dismiss it as a heresy. It is, however, expounded in their scriptures but only for “those who have eyes to see.”

Perhaps many who had believed that they were following a real spiritual path, will now be disillusioned as they read what follows. Some will be religious; some will be avid readers of literature on natural science and metaphysics: intellectual explorers of occultism and matters esoteric. These fascinations are usually accompanied by various conjectural hypotheses about the enlightenment and technology of pre-historical civilisations, the origins and future of the human race on our planet, and what, if any, relationship we might have with unseen visitors from elsewhere in the cosmos. Such seekers might also resort to the séance room where, in some instances, if they lack discernment, they will be impressed by pious platitudes, and information of a scientific nature which has no practical application in their lives. However, provided the seeker is not led astray by a new age” psychobabble or other pseudo-spiritual distractions, the investigations referred to can be good, but they need to be seen in correct perspective in that their contribution to a spiritual path is limited. Intellectual development is necessary, but it is not essential for spiritual evolution and cannot, of itself, lead to enlightenment; its contribution is limited to being able to provide —the rationale for following the true spiritual path. Many intellectuals do not appreciate the fact that on the true spiritual path we use the mind to go beyond the mind, and that the mind has to be silenced and transcended in order to see reality. The way to enlightenment is experiential, not conceptual, and a true spiritual path is purely an inner one! This inner journey is the only way to Realisation, and only those who, by grace, have been initiated into an “effective” meditation technique, known to masters and mystics, know how to undertake the inner journey.

Those who find that they cannot yet grasp what I mean would do well to attend satsang with a guru and learn about sadhana (spiritual curriculum) and the philosophy of the masters;
An understanding of the philosophy and a faithful commitment to the spiritual exercises it enjoined – in particular, meditation – are, among other things, prerequisites for initiation,

The Transcendental Path and Religion

I submit that there is a spiritual path which transcends what most regard as religion, but that path is known to very few. Who knows little or nothing about this the way to true salvation? Who misses the essential point of the teachings of all the masters to their initiates? In all likelihood, every priest, rabbi, minister and religious leader, and every medium, psychic and student of the occult you have ever encountered, from the lowest to the highest ranking dignitaries in their various institutions. Those who know are rare!

Religious leaders and occultists, and their followers, tend to confuse esoteric knowledge, or firm belief in God, or being able to take comfort in their religious convictions, with the blissful state of God-realisation. Most religious people, for example, are accustomed to receiving religious instruction about morality, unselfishness, charity, generosity, helpfulness, tolerance etcetera, and generally decent, caring, prayerful living: Their ministers are often skillful in comforting the sick, distressed and bereaved, and in allaying their fears, and they lead their congregations in charitable services to the community and society at large. We salute them for their compassion, inculcation of which is a prerequisite for inner sadhana; however, most are unaware that, by comparison with a true spiritual path, their-religion is “spiritual materialism.” They do not know that unless they aspire to something higher than a reward in the hereafter, or a better reincarnation, for their faith and good works, their religion falls short of being a high spiritual path. To see the difference between spiritual materialism and a true spiritual path, an understanding, albeit at an intellectual level, of the relationship between God; man and the universe is essential. Only then can we understand the comparison of the Absolute with the relative, and appreciate the inner guest for identity with the Creator, as opposed to comforting ourselves and allaying our fears by gathering more and more information about the creation The latter way is palliative: the interminable treatment of our insecurity and suffering, all of which are symptoms of our ignorance of our true nature and relationship with the Supreme. The former way leads to God-realisation, resulting in the cure of all ills at source. As we attain an ever-increasing identity with God, that is, God-realisation, ignorance, the root-cause of all suffering, is replaced by enlightenment. But it has to be quite clear to the seeker that the enlightenment referred to is not intellectual development and knowledge, and that a clear academic concept of, and belief in, God-realisation, is not tantamount to Realisation Moreover no amount of scientific and psychic investigation of this and other dimensions of the universe can lead to it. It has to be understood that the mind is not our highest quality of consciousness, and that reason is far from being our highest faculty. Realisation comes not via thinking, but only by direct perception, which is hindered by mental movement. Therefore, in meditation, we have to still the mind, rise within, and go beyond contemplation to the level of static awareness. Only then are we open to glimpses of eternal reality. Only then may attain enlightenment: the only true and eternal healer, rescuer and saviour. There is no other way.

There is an inner door, known only to mystics, such as a few Sufis; a few Kabbalists and a few Yogis, through which the initiate passes on the way to direct experience of Ultimate Reality. The intellectual occultist, whose explorations do not go beyond reading, lectures, discussions and theories, and who has no experience of inner states, might mistake increasing knowledge of things metaphysical for spiritual progress, arid confuse visions of realms subtler than the physical with spiritual experiences. However, the truth is that psychic perceptions, and manifestations which we call miraculous, belong to realms which are just as illusory as those we call physical. In Vedic philosophy the Source of all is called Reality, and that which emanates from the Source, has no existence in its own right in that it is dependent on the Source, is impermanent, and deludes by appearances, is referred to as Illusion. God is Reality, and the universe, with all its planes of life and vibratory dimensions, is illusion.
The quest for God-realisation is the quest for union and identity with Reality. That union and identity is the only true enlightenment and liberation. Knowing this, not knowledge of higher realms, or scriptural or masters’ revelations and assurances, is “the Truth which shall set you free.”

Revered Devotee of the Lord, if you believe that:

My assertions are not supported by Holy Scripture.
Read the principle Upanishads, or Bhagavad Gita, or the first chapter of the Gospel of Saint John, the mystic sage-seer and apostle of Jesus the Nazarene. If necessary, have their meanings explained to you.

The way to the highest is via the mind and intellect.
Reconsider the message of the Rubaiyat of the Sufi poet, Omar Khayyam. Behind its mask of cynical agnosticism lies a well concealed assertion of the philosophical principles explained above.
Also consider the following conversation.
Paul Brunton: “The universe is full of problems.”
Sage: “Since you do not understand even your own self how can you hope to understand the universe?”

The highest sadhana is physical service.
Consider the exchange between Ramana Maharshi and a devotee, and the statements by Swami Sivananda and Jesus.
Devotee: “Why do the mahatmas not help?”
Ramana Maharshi: “How do you know they do not help? Public speeches, physical activity and material help are all outweighed by the silence of the mahatmas. They accomplish more than the others.”
Swami Sivananda: “A virtuous life only prepares the mind as a fit instrument for meditation. It is meditation that eventually leads to Self-realisation.

From Gospel of Luke, the apostle: “… a woman named Martha received him into her house. And she had a sister called Mary, who also sat at Jesus’ feet and heard his teachings. But Martha was burdened with the serving and said to him, “Lord, don’t you care that my sister has left me to serve alone?” But Jesus answered, “Martha, you fret and worry about many things, but only one thing is necessary. Mary has chosen that, and it shall not be taken from her”.

Religion and belief are enough:
Consider the following.
Avatar Krishna: “Among thousands of men perhaps one strives for perfection; and among thousands who strive, perhaps one knows me in truth.”
Master Jesus: “Narrow is the gate and cramped the way leading off into life and few are the ones finding it.”

The Masters’ revelations are for everyone.
Consider the following.
Jesus, to initiates: “Do not give dogs what is holy; neither cast your pearls before swine…”. “The mysteries of the kingdom of heaven are revealed to you, but they are not revealed to them.”
“I tell you truly, many prophets and holy men longed to see what you see, and never saw it; to hear what you hear, and never heard it.”
“I still have many things to say to you, but you could not bear them now.”

The last reference was not to preaching or miracles, but to disciples who, like the evangelist Saul/Paul, could say that they had been
“caught up into paradise and heard things which should not and cannot be expressed.”

To experience what Paul experienced, mystics learn from a true guru how to ‘go within’ and “die daily.” No true master has taught any other way of salvation, Meditation by the right method is the only way to “that peace which the world cannot give”, the “peace which passeth understanding”. It is only by meditating as instructed that we “drink that water which, having drunk, we will never thirst again; that we acquire that knowledge, having which, all else is known.”