Insights into the Vegetarian Ethic

Uncomfortable considerations for the meat eater, hunter and wearer of animal furs and leather coats:

“But flesh with the life thereof, which is the blood thereof, shall ye not eat.”
— Genesis 9:5

“Animals are my friends … and I don’t eat my friends.”
“While we ourselves are the living graves of murdered beasts,
how can we expect any ideal condition on this earth?”
— George Bernard Shaw

“Nothing more strongly arouses our disgust than cannibalism, yet we make the same impression on Buddhists and vegetarians, for we feed on babies, though not our own.”
— Robert Louis Stevenson

“It is only by softening and disguising dead flesh by culinary preparation that it is rendered susceptible to mastication or digestion; and that the sight of its bloody juices and raw horror does not excite intolerable loathing and disgust.”
— Percy Bysshe Shelley

“You have just dined, and however scrupulously the slaughterhouse is concealed in the graceful distance of miles, there is complicity.”
— Ralph Waldo Emerson

“Compassion for animals is intimately connected with goodness of character; and it may confidently be asserted that he who is cruel to animals cannot be a good man.”
“The assumption that animals are without rights, and the illusion that our treatment of them has no moral significance, is a positively outrageous example of western crudity and barbarity. Universal compassion is the only guarantee of morality.”
— Arthur Schopenhauer (Philosopher)

“But for the sake of some little mouthful of flesh we deprive a soul of the sun and light, and of that proportion of life and time it had been born into the world to enjoy.”
“Can you really ask what reason Pythagoras had for abstaining from flesh? For my part I rather wonder both by what accident and in what state of soul or mind the first man touched his mouth to gore and brought his lips to the flesh of a dead creature; he who set forth tables of dead, stale bodies and ventured to call food and nourishment the parts that had a little before bellowed and cried, moved and lived. How could his eyes endure the slaughter when throats were slit and hides flayed and limbs torn from limb? How could his nose endure the stench? How was it that the pollution did not turn away his taste, which made contact with the sores of others and sucked juices and serums from mortal wounds?”
— Plutarch (Essayist & Biographer)

“I do not like eating meat because I have seen lambs and pigs killed. I saw their pain. They felt their approaching death.”
— Vaslav Nijinsky (Dancer & Choreographer)

“To a man whose mind is free there is something even more intolerable in the sufferings of animals than in the sufferings of man. For with the latter it is least admitted that suffering is evil and that the man who causes it is a criminal. But thousands of animals are butchered every day without a shadow of remorse. If any man were to refer to it he would be thought ridiculous. And that is the unpardonable crime.”
— Romain Rolland (Author and Nobel Prize Winner)

“When a man wantonly destroys one of the works of man, we call him a vandal. When he wantonly destroys one of the works of God, we call him a sportsman … How anyone can profess to find animal life interesting and yet take delight in reducing the wonder of any animal to a bloody mass of fur or feathers is beyond my comprehension”
— Joseph Wood Krutch (Naturalist and Essayist)

“Even in the worm that crawls in the earth there glows a divine spark. When you slaughter a creature, you slaughter God.”
“As often as Herman had witnessed the slaughter of animals and fish, he always had the same thought: in their behaviour towards creatures, all men were Nazis.”
“People often say that humans have always eaten animals, as if this is a justification for continuing the practice. According to this logic, we should not try to prevent people from murdering other people, since this has also been done since the earliest of times.”
— Isaac Bashevis Singer

“And in fasting, if he be really and seriously seeking to live a good life, the first thing from which he will abstain will always be the use of animal food, because Its use is simply immoral, as it involves the performance of an act which is contrary to the moral feeling – killing.”
— Leo Tolstoy

“I have developed a deep respect for animals. I consider them fellow living creatures with certain rights which should not be violated any more than those of humans.”
— Jimmy Stewart (Actor)

“Nothing will benefit human health and increase chances of survival of life on earth as much as the evolution to a vegetarian diet.”
— Albert Einstein

“Behind every beautiful fur there is a story. It is a bloody, barbaric story.”
— Mary Tyler Moore (Actress)

“God placed the animals in our custody, not at our mercy.”
— Unknown

Re Vivisection:
“Atrocities are not less atrocities when they occur in laboratories and are called medical research.”
“Vivisection is a social evil because if it advances human knowledge
it does so at the expense of human character.”
— George Bernard Shaw

“I am not interested to know whether vivisection produces results that are profitable to the human race……the pain which it inflicts upon un-consenting animals is the basis of my enmity towards it, and it is to me sufficient justification of the enmity without looking further.”
— Mark Twain

“I abhor vivisection with my whole soul. All the scientific discoveries stained with innocent blood I count as of no consequence.”
— Mahatma Gandhi

“The queen has done all she could on the dreadful subject of vivisection, and hopes that Mr. Gladstone will speak strongly against such a practice which is a disgrace to humanity.”
— Queen Victoria 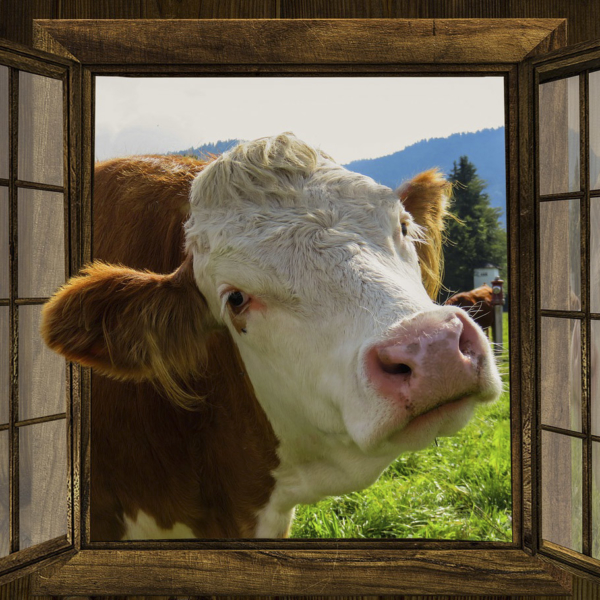