Skip to content
Mantra and Meditation: The Essence of Yoga 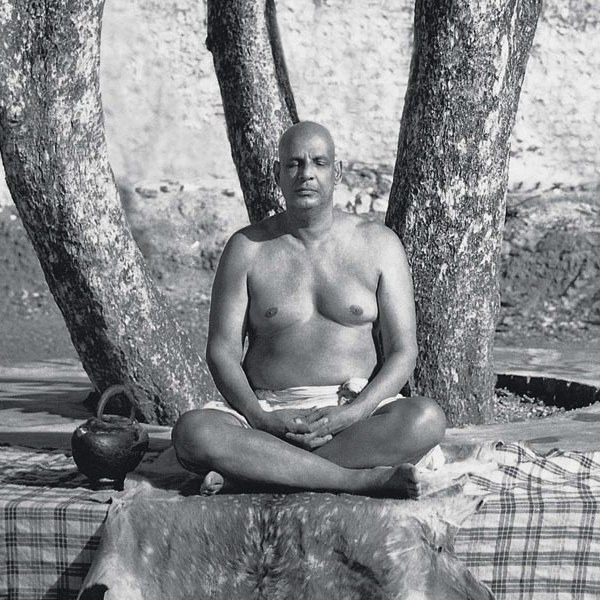 Mantra And Meditation:
The Essence Of Yoga

A Mantra is a mystical sound formula comprised of letters, syllable(s),words or phrases which, when repeated mentally or aloud, has occult benefits and effects.

Age-old Occult Science The sacred science of sound has always been known to the masters and their initiates. In ancient Indo-Aryan-Egyptian writings and hieroglyphics we find reference to the ‘Sound of the Light’ and the Light of the Sound, just as we do in the Nazarene writing, ‘Prologue to the Gospel of Saint John” – “In the beginning was the Word, and the Word was with God, and the Word was God…That was the true Light which lighteth every man that cometh into the world.”

Japa – repetition of a mantra – is an essential part of Yoga. It is a stipulated requirement for discipleship of a guru, and at the Sivananda School of Yoga we teach and recommend it to all. Even the novice knows the benefits of singing and chanting, and the joy they bring. The touch of the soul by beautiful, melodious, rhythmic music is experienced as emotion, and its healing power has been known from time immemorial.

Secret Science of Adepts Some mantras, called bija (seed) mantras, have no apparent meaning, but it is – believed that their effects are always understood by the soul. They act on the nadis – the reticulation system in the subtle body which corresponds to the nervous system and energy meridians in the physical vehicle. Bija mantras also vibrate in the chakras (‘wheels’ – energy vortices), and clear the way for kundalini shakti. Because of their power and effects, and risks to novices who might apply them incorrectly, most bija mantras like, for example, the Sri Vidya, are better, left to adepts.

In any event, every yogi should learn and habitually repeat mantra(s). Hatha practitioners repeat them while holding asanas. In association with purity of diet and the other requirements of yoga, mantras strengthen the immune system, stimulate circulation, purify the blood, eliminate toxins and promote healing. They invigorate the heart, balance endocrine functions, relieve problems of the uro-genital & reproductive system, and improve digestion, assimilation, metabolism and elimination. There is increased resistance to disease and a better prognosis when treatment is necessary. In particular, mantras promote health of mind, which is the prerequisite for all of the above.

Japa and Healing Mantras are also used psychically to benefit others. By a simple, easy procedure, explained and mastered within a few minutes, the yoga makes a regular practice of attuning for persons in distress, visualising and naming them, one by one, while allowing healing energy to flow through his/her hands. Mantra aids the power-flow.

Although many of your fellow yogis have a guru at the Sivananda School of Yoga or the Divine Life Society of India, you do not have to be initiated to have your own mantra. Any teacher can help you to choose one, and tell you everything necessary to do with repeating it,

Mantra Diksa refers to initiation into the guru-disciple relationship, during which the complete meditation technique is revealed, and the guru gives the candidate his/her own special secret words of power.

Without Mantra and Meditation there is no Yoga

“A virtuous life only prepares the mind as a fit instrument for meditation. It is meditation that eventually leads to Self-realisation.” “Withdraw the senses from their objects. Direct the mind towards the Ajna Chakra and fix it there steadily.”
Swami Sivananda

The headquarters of the soul is in the head, at the Third Eye Center, at the border of the mind and a higher consciousness. At the Eye Center we gather our scattered attention before there contacting the Satguru, who will take us higher. In each region of the body a different quality of consciousness is predominant. When our awareness is centered at the level of the physical faculties and senses in the head, it is immersed in, at one with, and unable to distinguish itself from, the quality known as the mind. The mind, in turn pervades the body, and has its attention drawn outwards by the senses. Unless we know the secret of reversing this excursive tendency, we cannot go within and be drawn upwards by the Satguru into qualities of consciousness higher than the mind.

The sacred meditation technique includes prayer and contemplation but, in particular, a way of immersing the attention in the divine emanation which the meditating yogi perceives as Sound (The Word) and/or Light, and being attracted inward thereby.
Eventually, regular practice leads to Samadhi and receptivity to mystically enlightening flashes of cosmic consciousness and direct perception. The yogi becomes ever more intuitive and ever less inclined to unenlightened conduct and attitudes. Thus, values change, attachments dissolve, binding karma is shed faster than it is incurred, and the yogi is on the path to moksha (liberation).

Meditation is the essence of Tantra, Yoga’s inner sadhana (spiritual curriculum), for which a guru is necessary. Nevertheless, we will guide any sincere, suitable aspirant into the following practice, which includes most of the sacred technique:

Pranayama: Keep your breathing even, and as comfortably slow as possible.

Pratyhara: Pray, briefly and silently, for whoever you know to be ill or distressed. Then keep your attention centred at the Ajna Chakra – a little way behind the point between your eyebrows.

Dharana: Do mental japa (silent mantra-repetition) and simultaneously visualise – the face of your guru; or of Swami Sivananda; or a religious symbol; or small flame; or star. Hold the image steady and unchanging. Dharana – focus of attention – is the longest phase of meditation for all except advanced meditators, and could take about twenty minutes of a half-hour session (initiates meditate for up to an hour per session).

Caution: Don‘t meditate if you are depressed. Pray instead.

The foundations of our sadhana are: