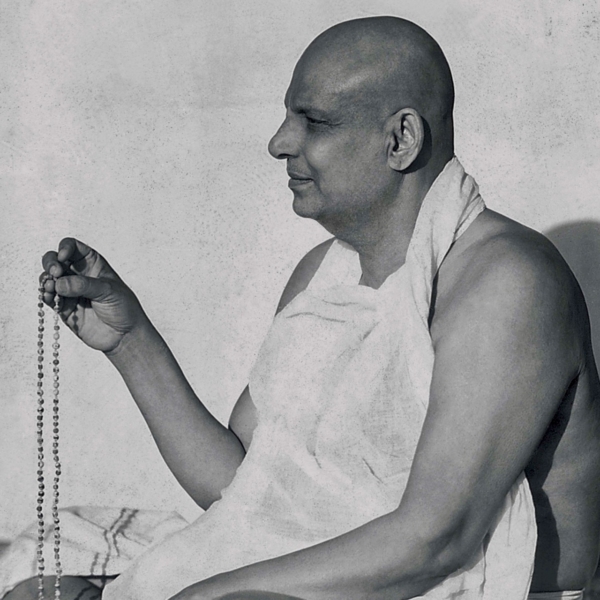 Sadhana for Mastering the Mind

You take great care of the body. You desire that it should be clean, healthy, beautiful and strong. You take bath with sweet soaps and hot water. You regularly feed it with nourishing food. If there is the least pain or disease medicine is given. Doctor is consulted. But you never give a thought to the much more important thing-MIND. Body is only the outward appearance, a projection of the mind. Mind operates through the senses and the sense-organs. If the mind is well then the body is well. If the mind is sick the body becomes ill. Mind is everything. It controls your whole life. Upon it depends your happiness or misery, success or failure. “Mana eva Manushyanam Karanam Bandhamokshayoh” thus say the Upanishads. Again, ‘Yena Manojitam Jagat Jitam Tena’ is the great truth. As you think, so you become. Do you fully realise now the great importance of controlling, training and overcoming the mind? So long you have neglected the care of the mind. Attend to this vital subject from now. Mastery of mind means

success in all fields of life. To achieve this mastery you must study the mind. You must understand its nature, habits, tricks and the effective methods of bringing it under restraint.

Mind is a bundle of desires, thoughts, feelings and emotions. It is nothing but a collection of Samskaras, desires arising from contact of the sense-organs with different objects, feeling aroused by worldly botherations, ideas gathered together from various different objects. These desires, feelings and ideas are not steady-they will be constantly changing. Suddenly some will subside and some others will occupy their places like the waves in the seas. Some old ones will depart from the storehouse, the mind and some new ones will replace them at once. It is also a bundle of habits. The bad habits and prejudices, although hidden by one’s own nature will come up and occupy the surface of the mind as and when opportunity occurs.

According to the Vedantic school of philosophy mind is of middling size (same size as that of the body), it is atomic (Anu) as per Nyaya school and Patanjali Maharshi says in Raja Yoga that it is Vibhu (all-pervading). Most of the western doctors, who are still groping in utter darkness, say that it is an excretion of the brain, like bile from liver.

Mind assumes the shape of any object instantly it thinks upon it. If it thinks of a mango, it assumes the form of a mango. Then it gets an attachment with the mango. Now a desire arises in the mind to taste it. Then the mind makes a firm determination to eat that mango and satisfy itself. One thought follows another. The thought of the mango invites instantaneously the thought of the mango-fruit seller, the tree, the garden where the tree is and so on and so forth. This is the expansion of thoughts or Sankalpas. The whole world is nothing but the expansion of Sankalpas. This expansion of Sankalpas of mind towards the various objects is called Bondage. The present-day people have no right understanding, discriminative power between unreal and real. They are completely deluded by Maya. They are under the firm grip or crocodile catch of Maya. They have fallen prey to worldly desires and enjoyments. Therefore they are victims to this bondage, forgetting totally their divine birthright-liberation from the dire disease of births and deaths and attainment of Immortality, the Life Eternal and final Beatitude!

Mind is a monkey which jumps from one place to another. It is like the air, which is always moving (Chanchala). Just as the quick-silver it scatters its rays over various objects. It can also be compared to a furious elephant, because of its passionate impetuosity. Like the fish out of the water, it will always be thirsting to run after evil habits and entertain bad and vicious thoughts. It is also known as a “Great Bird” because it skips from one object to another just as the bird wanders from one tree to another tree, one twig to another, and one place to another.

The last thought determines the next birth. “Whosoever at the end leaves the body, thinking upon any being, to that being only he goes, O Kaunteya! because of the constant thought of that being”-Gita, Chap. VIII-6. Whatever thought you entertain at the last breath, accordingly you take your next birth. This thought entirely depends upon the constant desires and ideas you entertained throughout your whole life.

Every man has a definite outlook of life; due to the power of the mind he has got a definite thinking, definite craving, desire and hope and definite character, temperament, taste and attitude. For the gratification of the mind these desires, cravings etc., are constantly repeated again and again, and these acts leave definite impressions upon the subconscious mind. The impressions take indelible forms in the subconscious mind.

At the time of death the whole storehouse, the subconscious mind which is full of various thoughts, feelings, ideas etc., is churned out and the strongest and most cherished desire comes to the surface of the subconscious mind or the field of mental consciousness. This churned up butter or cream (cherished desire) arrests his attention for immediate gratification. You will think of this desire only at the time of death. If you are much attached to your pet dog, the thought of the dog will come at the time of death and you will take the form of a dog in the next birth. If you always think of body and identify yourself with the perishable body you will be born again. If you constantly think of Immortal Self during your lifetime, you will entertain the thought of Atman only at the time of death and you will surely attain freedom from births and deaths, Immortality and Everlasting Bliss! For this you must have a well-regulated, perfectly disciplined, correctly moulded, well-controlled and pure and devoted mind. Mark here! the importance of Sadhana, particularly the control of mind which is the central purpose of Sadhana!

Mind is like a mirror. When the mirror is dusty and dirt-laden, you cannot see your face clearly. So also when the mind is dirty, full of impurities, caught in the network of desires, you cannot perceive the Atman or Truth. Just as the eczematous part of the leg and scabiatic hand is always itching, the mind will always be itching for lust. Purify and control the itching mind by uninterrupted, undaunted and regular practice of Sadhana, meditation, devotion, selfless works, by wisdom, Vichara, light Sattvic diet, Japa, study of the Gita, Satsanga, Asanas.

The mind in the vast majority of persons, has been allowed to run wild and follow its sweet will and desires. It is like a spoiled child which is given too much of indulgence by the parents or a badly trained animal. The minds of many of us are like menageries of wild animals each pursuing the bent of its own nature and going on its way. Like the light feather in the wind and a ship in the violent storm, the mind is tossed about among objects of love and hatred. It whirls far and wide like a strolling city-dog vainly among sensual objects.

It whirls at the mere sight of the skeleton covered with flesh and dressed fashionably with coloured silken clothes. It is intoxicated by wealth. It will flit in a moment more swiftly than air from Calcutta to New York. In a second it will be in Paris thinking of the up-to-date fashions. In short, it fluctuates, gets excited and confused. It flits about from object to object forever discontented and never satiated. It rejoices in vain. It weeps in regret. It is humiliated for one moment. And it is again puffed up with pride and filled with Ahankara.

Mind tricks and plays. It always wants to be doing something or other and when it attaches itself with objects, it cherishes, it feels amused and happy. For example, a play at cards has nothing in it, but the attachment and attention give pleasure. Having no idea that these momentary pleasures will result in misery, people take delight and repeat the same act again and again. These evil acts, in due course form as bad habits. Then it becomes very difficult to divert the mind from such evil habits which were practised from infancy.

To make a Bhasma by purifying the Haital (yellow oxide or arsenic orpiment) it takes very long time. The Harital is to be soaked in cow’s urine for seven days, in lime water for ten days, and in milk for seven days. Then it is burnt out one hundred and eight times to make it into Bhasma (ash). Even so it will take a very long time to purify the mind and attain the state of Blessedness, but success in this earnest attempt is sure and certain!

Aspire fervently. Be vigilant. Be on the alert. Watch your mind always very carefully. Check the surging emotions and bubbling thoughts. Do not allow the waves of irritability, jealousy, anger, lust and hatred to rise in your mind. Do not allow the current of bad thoughts, evil notions, vicious ideas to pass through your mind.

Mind is generally attracted by brilliant light, beauty, intelligence, varied colours and pleasant sounds. Do not be deceived by these paltry things. Enquire within, “What is the Adhishthana or substratum for all these things? What is the background of all these things?” You will then find that there is one Real Essence behind these names and forms-beyond the objects of this seeming sense-universe. That Real Essence is that All-full, Ever-blissful, All-pervading Atman, immanent in all beings. Identify with that Atman, you will reach the Supreme!

Positive always overpowers negative-this is the natural law. When the sun rises the fog vanishes-this is a daily occurrence. When light is lighted in a dark room the darkness is removed-this is a common incidence. If you substitute divine virtuous qualities, the evil qualities will disappear. If you entertain new sublime thoughts, old vicious thoughts will subside by themselves. Courage overcomes fear. Patience overcomes anger and irritability. Love overcomes hatred. Purity overcomes lust. Take this Pratipaksha Bhavana (meditating on the opposite method). At the early dawn, in the precious Brahmamuhurta meditate on a virtuous quality. Think of its various attributes, benefits and some moral stories relating to the virtue. Feel day by day that you are possessing that virtue. Gradually that virtue will be developed. The vice will be destroyed. The evil qualities will leave their hold one by one. You can check them out one by one with redoubled force at every time. The evil qualities, once you welcomed and entertained and nourished well till now from time immemorial, will all fly away. You will notice a marvellous change. Your mind will be at ease. It will be one-pointed.

You must think of your Hidden Indweller. Remember His Lilas only every moment. Discriminate between the unreal and real. Determine to do Brahma Chintana. Just as you saturate the water with salt or sugar you will have to saturate the mind with thoughts of God or Brahman, with Divine Glory, Divine Presence, with sublime and soul-stirring and awakening spiritual thoughts. Only then the one-pointed mind will be established in the Divine Consciousness always.

To control the Indriyas through introspection, to develop Vairagya for restraining the Indriyas, to give up the objects which one particular Indriya tries to grasp, to destroy the thirsting for objects and sense-enjoyments, to observe Brahmacharya, to fix your mind gradually on your Ishta Devata-is a supreme blessing. This must be your aim in your life.