Skip to content
The Gods and the Celestial Heavens 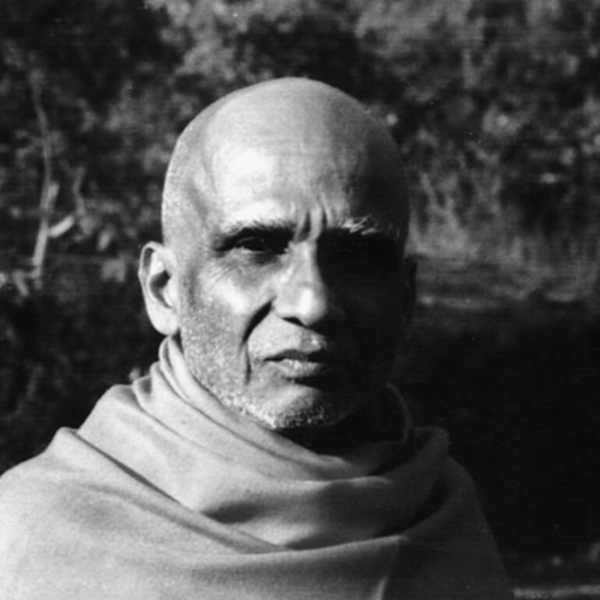 The Gods and the Celestial Heavens

From the Divine Life Magazine, March 2007

The tripartite arrangement of the Universal Being into the subjective, objective and the principle of an intermediary consciousness, namely adhyatma, adhibhuta and adhidaiva, raises also the question of the whole range of theological enunciations, since the adhidaiva is the divinity that controls the subjective and the objective sides of experience, – adhyatma and adhibhuta, – and at the same time rises above them in an instantaneous act of transcendence by not belonging either to the subjective or the objective side, though immanently present in both the sides, without which there cannot be a conscious relation between the subject and object.

The descent, or may we say ascent, of the hierarchy of subject-object relations in the history of the creation of the universe, may be said to be constituted of an infinite series of degrees of lesser and larger dimensions, the relation becoming grosser and more inscrutable as the degrees come downwards in descent and enlarging in greater and greater perspicuity and transcendence as the degrees ascend towards the Absolute. Inasmuch as these degrees of ascent and descent are spread out everywhere in the universe, differing in quantity and quality in accordance with the corresponding degree of inclusiveness and transparency obtaining between the subjective and objective sides, it appears that these adhidaiva divinities are countless in number and these are, in fact, the many gods of popular religious worship.

Are there really many gods? The answer is yes, and no. There are many gods, because there are many degrees of the subject-object relation obtaining successively in a sequential order of the manifestation of the universe, and those being transcendentally operative powers beyond the subject and object, they are verily gods, the shining ones, the conscious relation without which perception or knowledge would be impossible. But, in fact, the gods are not many, since their manifoldness is just a nomenclature designating the levels of consciousness through which the Absolute descends in terms of several subject-object relations in the story of creation.

The Indian religious perspective visualises, adores and worships many a god, the god of the house or family, the god of the village or the community, the god of the town, the god of the nation, the god of war, and the god of peace, and so on, because these concepts of many divinities follow automatically from the concept of their being many superphysical causes behind the multitudinous variety of events and occurrences in the world of Nature For anything that happens there is a god behind it, just because nothing can happen unless it is caused by something which itself is not the happening. Millions are, therefore, the gods in number, but there are no million gods, even as the million rays of the sun cannot be regarded as anything but a single projection of the omni-faced solar beam. The Indian religious system adores such gods as Sri Ganesha, or Ganapati; Devi in the form of Durga, Lakshmi and Sarasvati; Siva known also as Rudra; Vishnu, called also Narayana; Surya or the divinity in the Sun; and Skanda, or Kartikeya or Kumara, the second son of Siva. The sections of people that devote themselves to one or the other of these gods are supposed to form a specific pattern of religious approach, these being six as mentioned, related to the six gods of worship (Shanmata). The philosopher Acharya Sankara is credited by tradition with the work of having established these six ways of divine worship (Shanmata-Sthapanacharya). These six modes of worship form the six systems of spiritual approach, known as Ganapatya, Sakta, Saiva, Vaishnava, Saura, and Kaumara religious traditions.

The worship of these divinities is carried on either privately in one’s house, or openly in public temples. In either case the method of worship is the same, namely, the procedure usually adopted in inviting and adoring a king, or a royal personage, with all the paraphernalia of gorgeous and detailed hospitality commencing from the initial salutation, or prostration or greeting, on the coming of the guest, till he is given a loving farewell after he is treated to every kind of satisfaction, such as being offered a seat, bathed, dressed, garlanded, offered delicious food, given water for washing, consecrated with the waving of beautifully decorated flames of lamps, offered a suitable gift, and permitted to leave with the dignity and honour of the ruler or the royal patron. The procedure adopted in public temples is more detailed, including periodical festivals, especially the most important one known as the car-festival (Rathotsava), during which special occasion the deity is installed in a chariot looking like a moving temple, pulled with ropes by thousands of devotees gathered to participate in the celebration.

However, the greatest gods of the celestial religion of India are Brahma, Vishnu, and Siva, with their various Avataras, or incarnations, elaborately eulogised in the eighteen Puranas, each god being glorified through a set of six specified texts out of these eighteen cosmic histories. With these Divinities are associated also their Powers, or Saktis, namely, Sarasvati, Lakshmi, and Durga or Parvati, respectively.

This is the popular religion of the masses, which overwhelms public life in India even today, irrespective of the basic religion being founded on the hymns of the Veda-Samhitas, the Upanishads, and the Bhagavad Gita. Humanity, and with it religious history, seems to have found it necessary, through the march of time, to accommodate itself to more and more emotional, aesthetic and epic forms of the envisagement of reality than the pure sublimity of the metaphysical and universal characterisations of the highest spiritual aim.

The propulsion to posit gods and divinities in a realm beyond this earth, a heaven of light and peace, is to be seen in every system of religious thinking and worship, only the designations, visualisations, etc., differing in accordance with the ethnic, geographical and cultural background of the people. “A higher than oneself” is an imperative need for anyone to survive in a state of assured protection and fulfilment of one’s eternal hopes and longings.

Swami Sivananda, with the stupendous experience of one who has dived into the core of life, teaches that the one Brahman appears as the universe in all the planes or degrees of its manifestation, and, therefore, the Sadhaka has to pay homage to the lower manifestation before he steps into the higher.