An explanatory contradiction of descriptions, misinterpretations and misrepresentations encountered in Western media

An acquaintance of the western philosopher, Paul Brunton, asked a Himalayan hermit why he refused to teach Yoga to westerners. The hermit replied, “They will make a trade of it”. And so they have! In the west this sacred spiritual science is vulgarised for commercial exploitation and aped in ways which render it barely recognisable to those who practice its true form in its country of origin.

Yoga is, for the real yogi, a mystical path both within, and transcending, religion. For the Hindu, Hinduism is the religious base of Yoga; for a yogi of a different religion, Hinduism provides a traditional background.

Yoga is the supreme spiritual path – eternal, comprehensive and self-sufficient. There is nothing to be gained by practicing it in combination with any other system, ancient or modern, as it cannot be complemented or improved by them. It needs to be reiterated that Yoga is a spiritual science, and only a spiritual science, whose dignity is assaulted when publicists ignorantly categorise it with other holistic systems. All the more so when articles on Yoga are included among advertisements and expositions of the array of unconnected pseudo-sciences, divination methods, etcetera, which comprise “new age” psycho-babble.

Naturopathy, including Ayurvedic therapy, is also not part of Yoga. Yoga is not a physical health system, and is not more closely related to naturopathic therapies than, for example, devout Judaism, Islam, Hinduism or Christianity. Even the purpose of Hatha -the ingredient often over-emphasised by westerners – is not the attainment of bodily fitness, in that general wellbeing – physical, mental and emotional – is a prerequisite for, rather than an effect of, Yoga. Many are unaware that Hatha, the exercise system of Asana (posture), Pranayama (Life-force Control via breathing techniques), Bhanda (Locks/Seals), Kriya (Processes/Cleansing Procedures) and Mudra (Energy-directing Poses) has as its only purpose an improved control and flow of life-energy, whereby the brain and mind may be calmed, thus facilitating meditation in which the Yogi applies a sacred and secret technique imparted only to initiates. And where there is no meditation there is, literally, no Yoga.

It may come as a surprise to many to learn that Hatha, which some have taken to be Yoga, is the constituent least practised among yogis worldwide. Nevertheless, even a quadriplegic capable of mind and breath control can practise Hatha. In fact, apart from the posture adopted for meditation, most yogis don’t even practise asanas. The truth is that every practise in Yoga sadhana (spiritual curriculum) is simply a function in support of Yoga’s only purpose: the mystic state of God-realisation. Anyone who “does Yoga” (?) with any lesser intention is not a Yogi. Indeed, one can no more “do Yoga” than a Christian can “do Christianity.” or a Jew “do Judaism.” One can only live the life. Either you are a yogi or you are not.

By now it should be apparent that acharyas (teachers) of real Yoga have little interest in curing people of their respiratory, digestive or other health problems, and that there is no such thing as, for example, “Ante-natal Yoga.” There is no such thing as “Remedial Yoga,” except in the context that, in the final analysis, enlightenment is the only healer, the only rescuer, the only liberator. With that understanding, the seva (selfless service) of a Yoga teacher might include a little assistance in overcoming physical obstacles to Hatha and Meditation. But they have no interest in cures as ends in themselves. Some of the most renowned yogis have been obese and/or asthmatic and/or diabetic and/or restricted by cardiac abnormalities: conditions they accepted and ignored. Yoga is a transcendent science of the soul, little concerned with the body.

In magazines and television programmes Yoga tends to be misrepresented as an alternative system of physical conditioning with mental-emotional side benefits. At best it is lumped together with exotic topics of a quasi-religious nature.

Being a Real Hatha Yogi

A westerner, Theos Bernard, was taught by a guru in India. At the guru’s hermitage he was accommodated in a tiny hut in the countryside, where the only place to bathe was in the local river. For a while he assisted his guru with manual labour; where after, for a couple of weeks, he was required to alternate fasting with living on only fruit and water, while undergoing psychological evaluation. At the end of this period of physical preparation, testing and assessment, his guru taught him his first asana!

Dear Devotee of the Lord, assuming that you live harmlessly, unselfishly, helpfully, and charitably within your means, and are self-disciplined and virtuous, then you too can become a Hatha yogi, provided you heed the following advice:

Appreciation of the principle expressed in (6) above exposes as rubbish hybrid adaptations with names coined by adding novel prefixes to the word “Yoga.” True yogis give short shrift to these concoctions for reasons we hope have by now become clear. Even terms such as “Hatha,” “Bhakti,” “Raja,” “Onana,” etcetera, are only references to ingredients of the one and only Yoga. It is also incorrect to name Yoga after any exponent. For example, there is no such thing as ‘Sivananda Yoga‘ notwithstanding others’ use of that term.

Please note that, to a yogi, the word “Ashtanga” (eight-limbed) is a reference to the “Yoga Sutra of Patanjali” – a scriptural exposition in which Hatha is not treated as a system of postures or exercises. Furthermore, regarding some western inventions, bear in mind that the last thing a real yogi wants is any practice which sets her/his circulation racing. Hatha lays a foundation for Pratyhara (abstraction of attention), Dharana (concentration) and Dhyana (meditation). Proper practice has to be slow, relaxed, and peaceful.

Be ever aware that the only purpose of Yoga is to acquire that knowledge, having which, all else is known; that water which, having drunk, you will never thirst again; “that peace which the world cannot give” – the “peace which passeth understanding.”

Don’t reduce Yoga to stress relief or make a business out of its side effects.

Be True To Yoga 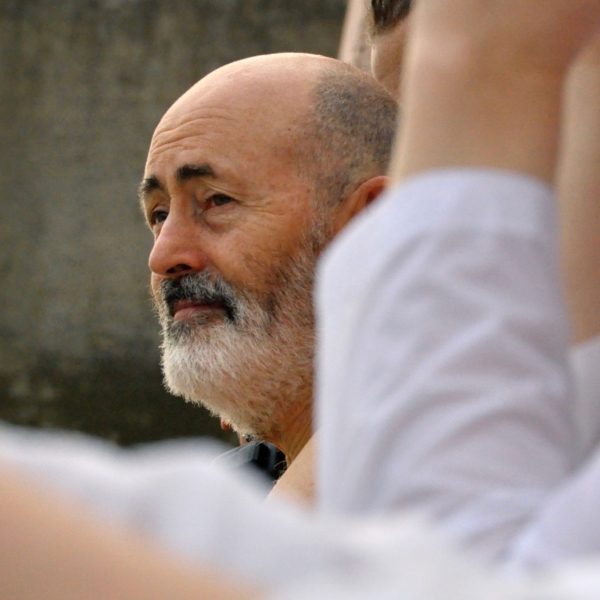