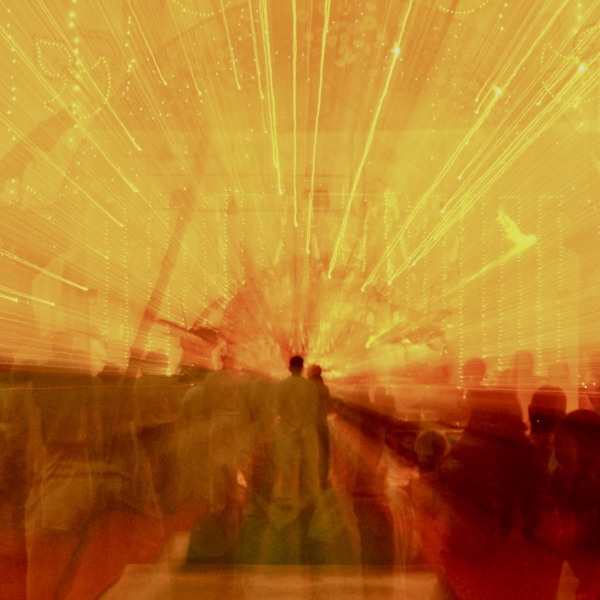 Yoga is the mystical path within, and transcending, religion. For the Hindu, Sanatana Dharma (Eternally Righteous Way) is the religious foundation of Yoga. For a yogi of a different culture, Hinduism provides a traditional background.

Who is a yogi? — Any spiritual aspirant who meditates so as to transcend the mind and attain an exalted state of enlightenment called God-realisation. The reason for this quest is explained later herein.

Meditating in quest of this sublime objective is the practice of Yoga. Samadhi — mental stillness achieved through meditation, during which one loses one’s sense of separateness from God — is the state of Yoga.

Yama & Niyama —  Restraints and Virtues: the “ten commandments” of the yogi. To meditate successfully, the mind must be guilt-free, with assurance of its righteousness.

Asana —  Seat: the upright sitting posture to be adopted for meditation.

Pranayama — Life-force Control: direction of the “breath of life,” via a precise focussing of attention accompanied by a breathing technique.

Pratyhara — Abstraction: withdrawal of the attention from distractions.

Dharana — Focussing: keeping the attention unwaveringly on one thing.

Dhyana — Absorption in the object of focus.

Samadhi — Union: mental stillness in which the aspiring knows her/himself and God as one.

The first four practices — the outer ones — facilitate the second four — the inner practices, and they are all facilitate and lead into meditation.

Yoga is meditation, the only objective of which is God-realisation, and its every practice has but one purpose: the attainment of that supreme enlightenment.

Yoga’s only (partly) physical component is Hatha. There is no physical system within Yoga except Hatha, notwithstanding the names invented for the hybrid concoctions marketed in the west.

For the thousands of years, training of shamans in Nepal, Bhutan, Assam, Sikkim and other north-eastern regions included prolonged holding of postures while practising Bhanda (energy-flow constraints), Kriya (cleansing actions), Mudra (energy-directing poses) and breath control with focussed attention. From these are derived the religious traditions, including some nasty perversions, still found among Aghori Panthis, Kanpathas, Kapalikas and others.

It was their encounters with such people that led uncomprehending Europeans to see yogis as thin, naked men who slept on beds of nails, could be buried alive for long periods, performed the Indian rope trick and played flutes while snakes rose out of baskets, et cetera. Moreover, it was such observations which led to westerners’ mistaken belief that Yoga is an Indian system of exercises with mental-emotional side-benefits. By itself, Hatha, the exercise system, is not Yoga.

Around 900 CE famous yogis, Matsyendranath in the northeast and Goraksanath in the Punjab, adopted those of these timeless practices which are healthy and wholesome, to harmonise the flow of prana (life-energy) in the body, the intention being to minimise the body’s hindrance to meditation. That is the purpose of Hatha, in which “asana” (strictly, “seat”) is used to describe various postures.

Of yogis worldwide, the minority who practise Hatha — asana, breath control, bandha, kris and mudra — do so as a facilitating component of Pranayama.

Life on earth is a trial, filled with trauma and misery, which has to be endured, during intermittent reincarnations, until we no longer have selfish or materialistic attachments, and are therefore barely affected by the world. The yogi aspires to existence in a higher dimension from which there is no return to earth, but believes in soul evolutions, and that souls which are still too deeply flawed cannot qualify for permanent residence in a heavenly realm after only one lifetime on earth.

Because the process of conception, gestation and birth renders us oblivious of our previous incarnations, we do not realise that, after this lifespan, we will again be born, and yet again and again and again … for yet more unhappiness, and that we are destined to remain trapped in the cycle of rebirth until we we have learnt, at the feet of a master, how to open ourselves to an experience in cosmic consciousness, and, thereby, a profound spiritual awakening-and-rebirth which will lead to liberation. Contrary to religious doctrines which have arisen from misinterpretation, there is no such thing as a mystical, sacrificial, atonement: there is no allowance in Natural Law for anything to be evaded through a special act of divine intervention. It is an utterly false belief that we have one earthly lifespan, after which we will dwell permanently in a heaven. No master has ever taught this fallacy.

The mystical awakening-and-spiritual rebirth which leads to salvation is called God-realisation, a state of enlightenment referred to in Hindu, Buddhist and Judeo-Christian scriptures, but rarely understood or taught in the West. Most religious leaders are unaware of it, and therefore would not recognise the secret revelation in the writings they read daily.

The Way of Salvation

is via experiences in cosmic consciousness, by practising a specific, sacred, meditation technique which is imparted to disciples at their initiation into the guru disciple relationship.

Israel Regardie has tried to describe an experience in cosmic consciousness:—

“This is the mystical marriage so often referred to in occult literature … It comes as a tremendous experience altogether indescribable even to those who are masters of the language … During this state all conditions of limitation such as time and space and thought are wholly abolished … only repeated experience can furnish one with apprehension. For it is an experience beyond adequate description; a pure termlessness where the subject and object are transcended, and where there remains only a sublime spiritual realisation — an experience without a name. It is the most vivid of all experiences, for it is an absolute stunning blow to the mind; all other events of life being as complete darkness in comparison with it. The man who has experienced the more intense forms of this state of consciousness is liberated.”

The reason why meditation and inner experiences lead to liberation is taught in satsang, the gathering of real yogis.